8/10/2014 – During a full moon night at Wagman Observatory I decided to play with the Brashear Refractor and determine requirements for extension tubes and other adapters to reach focus with a small chip high speed, webcam like, imaging camera for lunar and planetary imaging.  As luck would have it, very little was needed outside of the ordinary adapters, focus was easy to reach, and the Brashear performed well considering the lousy seeing and the “flatness” or lack of contrast we normally have during a full moon.  Hunting around on the eastern limb of the moon took us to Crater Neper whose central peak just catches the light and whose shadow can be seen against the rear crater wall. 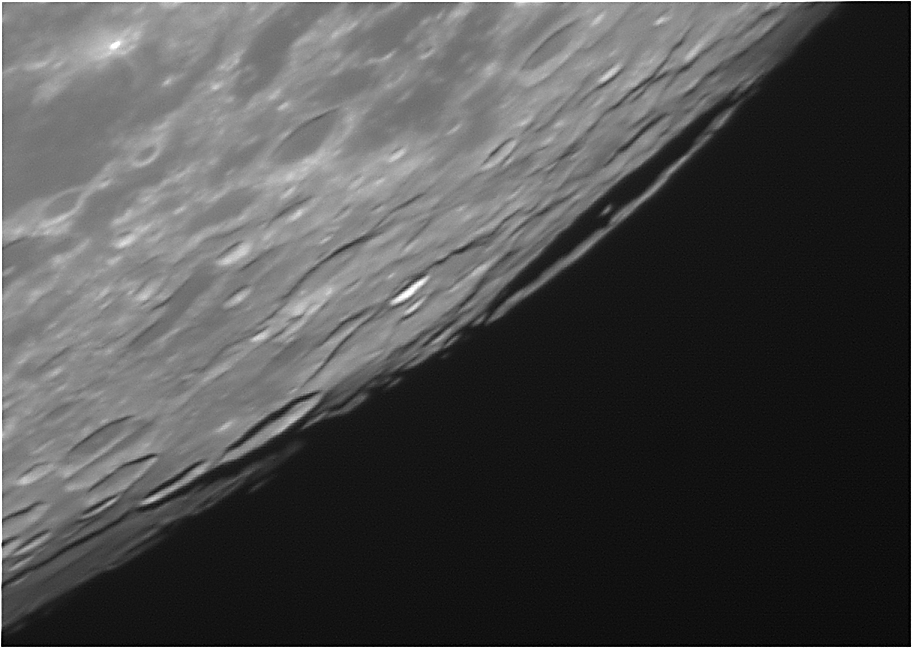