A couple months ago I was playing around with a green laser, typically used by amateur astronomers to point out celestial objects to others,  and decided to photograph it in use to see how it would show in a photograph.  Honestly, this wasn’t high on my list of things to do but I was clouded out so thought I’d have some fun.  This is a typical untracked exposure length of 15 seconds at f/4 with a 40mm focal length.  I aimed the green laser at Rigel and tried to hold it steady for the duration of the 15 second exposure.  So, this is worst case scenario for the laser being continuously on and pointed at a single object for the duration of the exposure.  That’s not to belittle the impact that green lasers have on us imagers; a quick pass through our image might not be obvious in the final image but lingering on an object for a while might be the difference between a good 20 minute exposure and one that’s going in the trash.  I’ve been lucky enough that I haven’t had an image that was obviously ruined by a laser but then again it’s hard to tell; I’ve had bad glare that may have resulted from errant green lasers playing over my equipment…. 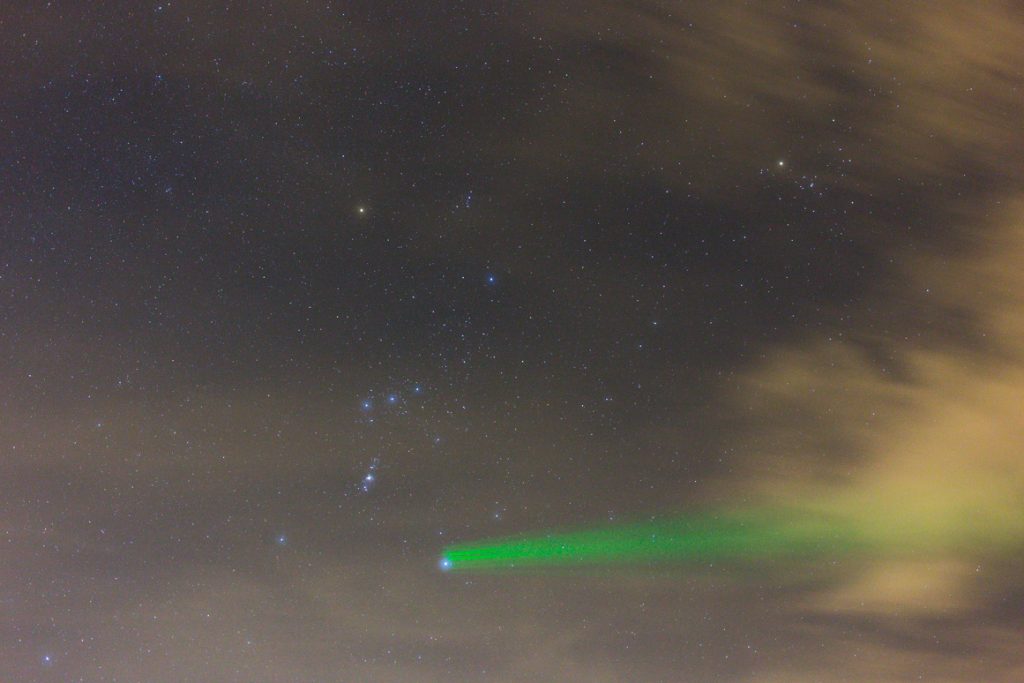 One Response to “Green Lasers and Astrophotography”